The tension between universalism/particularism and reason/power in democracy. New English and German short texts 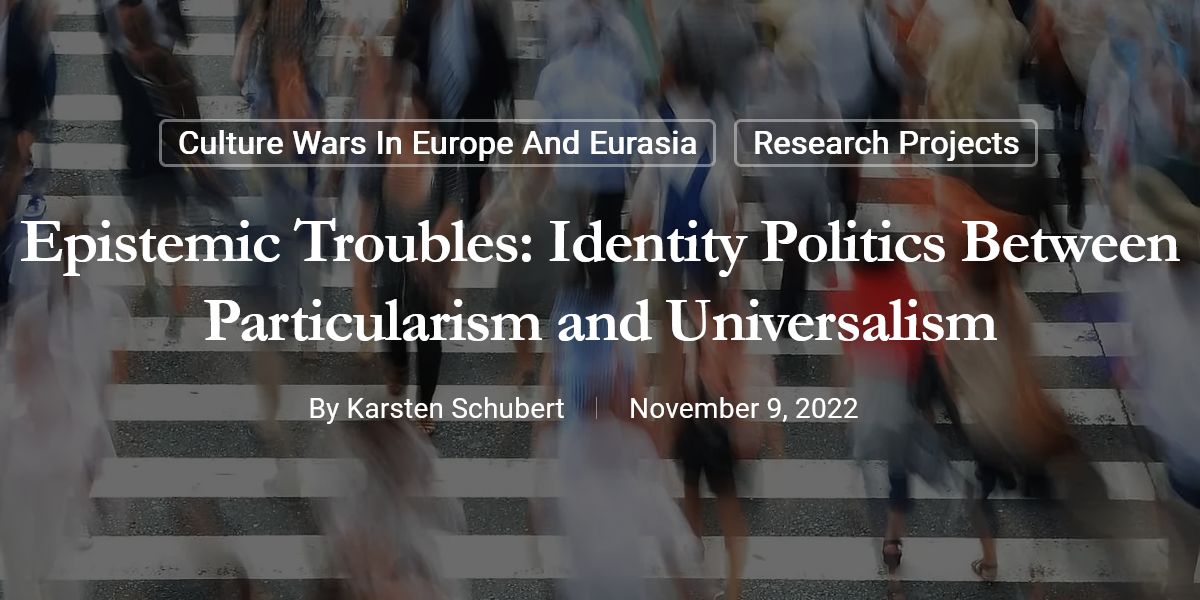 Identity politics is often criticized for being more about who says something than what is said. Identity politics is therefore seen as a threat to universal reason and as leading to particularism, relativism, and, as a consequence, pure power politics. In my current work, I address this problem of “positional fundamentalism” and reconcile two, at first sight, contradictory claims: that the standpoints of minorities discriminated against should be privileged in order to further democratize democracy, and that such standpoints are based on intersubjective and universal reason.

To democratize, identity politics usually has to assert itself against epistemic ignorances in hegemonic discourses through which reasonable arguments are blocked. Therefore, non-discursive forms of power politics (protests, “canceling,” blockades, disruptions) are often a necessary part of identity politics. This raises complicated questions about the relationship between power and reason in democracy. To answer them, I propose to conceive of democratization through identity politics as oscillating between these two poles - power and reason, particularism and universalism.

Two short blog articles are now published with central thoughts from my current work on these problems. A very short German text at Rise Jugendkulrut and a slightly longer English one at Illiberalism Studies Program. A longer journal article on these topics will follow soon.

Read other posts
Conference: Transformations of the Political. Radical Democratic Theory for the 2020s →