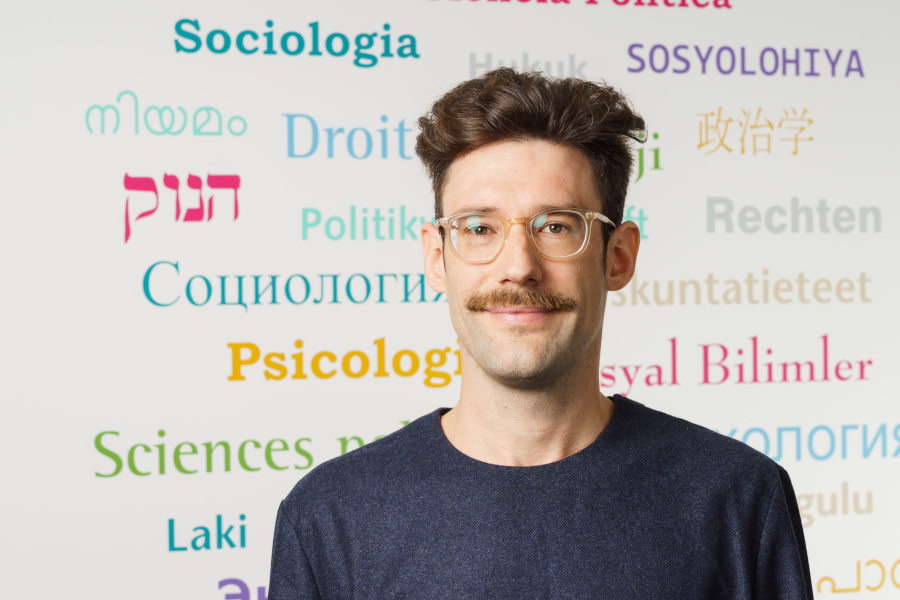 My Newsfeed offers the best insight into my current activities. And the latest info about my activities can be found on Twitter, because I don’t always manage to publish all events and publications promptly on the website.

I am an Assistant Professor (wissenschaftlicher Mitarbeiter/geschäftsführender Assistent) at the Political Science Department, Section for Political Theory at the University of Freiburg.

I received my Ph.D. in Philosophy from the University of Leipzig in May 2017. My dissertation, “Freedom as Critique. The Social-Philosophical Debate About Freedom in Foucault’s Works”, was supervised by Ulrich Johannes Schneider and Markus Gabriel, and published with transcript in 2018. Prior to that, I held appointments as Visiting Scholar at the Philosophy Department of The New School for Social Research (Fall 2014 - Spring 2015) and Cardozo Law School (Fall 2013) in New York. I taught as a Research Associate (Wissenschaftlicher Mitarbeiter) at the Institute of Political Science, Political Theory Section at the University of Duisburg-Essen (2015-2017). Upon finishing the Ph.D., I conducted research as Post-Doctoral Fellow at the Bremen International Graduate School of Social Sciences (BIGSSS) at the University of Bremen (2017-2018). Currently, I am a fellow at the Center for Interdisciplinary Research in Bielefeld (ZiF), Germany, where I am researching new strategies against the “Global Contestations of Women’s and Gender Rights” with colleagues from around the world.

My primary field of interest and research is political theory and social philosophy, especially in the tradition of post-structuralism and critical theory. My dissertation critically examines the social philosophical debate about freedom, power and subjectification in Foucault’s work. More specifically, I developed and discussed a new approach to the problem of freedom in Foucault: Freedom as the capability to critical reflection is instantiated through regimes of subjectification which are dependent on political institutions. My teaching and research covers theories of (radical) democracy, liberalism and republicanism, Marxism, and systems theory, among others.

My second field of interest is global legal theory, especially human rights philosophy, education, politics and law, as well as question of migration, asylum, democratic membership. I gained working experience in these fields at UNESCO and the United Nations Association of Germany, among others. I organize Lectures Series on Critical Legal Theory “The Dissolution of the Liberal Consensus” at the University of Freiburg. My third field of interest is diversity politics, especially gender and queer theory and politics, as well as anti-racism. I served as a facilitator for queer education events in Berlin schools with ABqueer e.V. and conducted workshops for queer activists about national and international legal frameworks. My most recent article “The Democratic Biopolitics of PrEP” discusses PrEP (Pre-exposure prophylaxis for HIV), bringing together research on biopolitics and gay subjectivity.

In a first subproject, I examined the solidarity-destroying rhetoric of the right-wing conservative critique of “political correctness”. The article ”‘Political Correctness’ as Slave Morality? Towards a Political Theory of Privilege Critique,” Leviathan 1/48, 2020 proposes a new understanding of intersectional social critique, based on a particularist political epistemology while following a universalist normativity of privilege critique. Following on from this, another sub-project analyzes the misuse of freedom of art and expression of the conservative political project and asks about the implementation of emancipative norms that is appropriate - and that means non-paternalistic - in terms of democratic and legal theory. From this subproject, the article “Democratization through ‘Cancel Culture’: On the Relationship between Art Freedom and Emancipation” has already been published.

If you want to stay up to date about my work, you can subscribe to my newsletter. I will then write you about four times a year to let you know what’s new.

Powered by Hugo
Hello World NG Theme made with ❤ by rhazdon

Many thanks to Ezra Luke for the landing page photo!
www.ezraluke.com