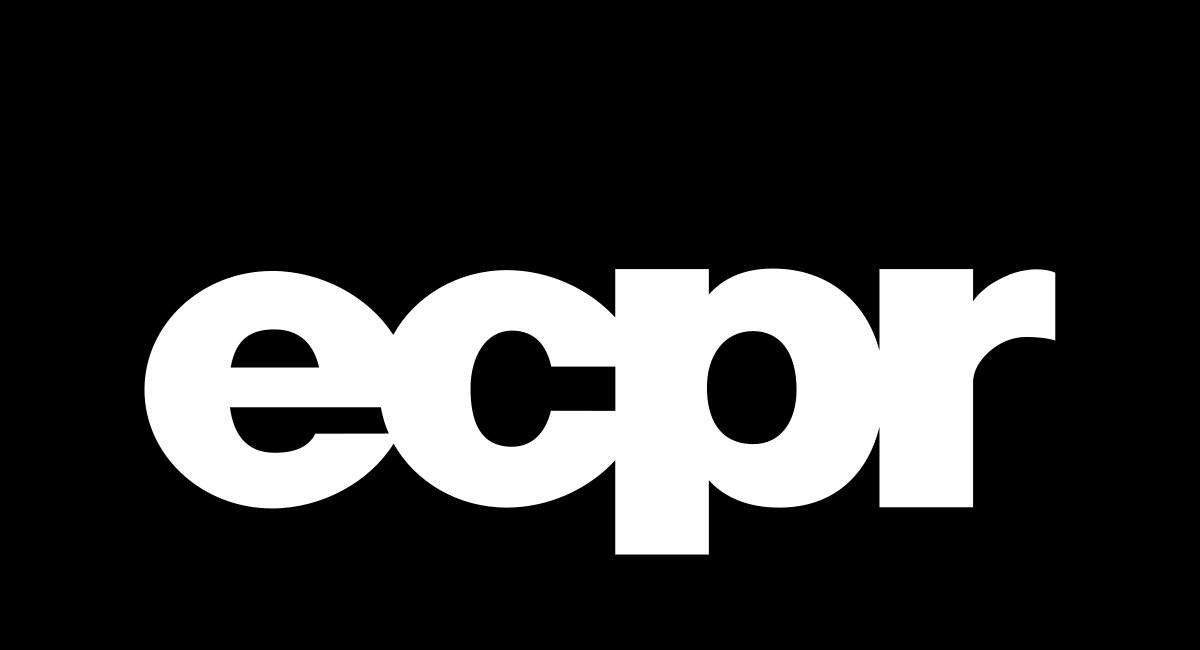 In 2009, the American Political Science Association Committee on the Status of Lesbians, Gays, Bisexuals, and the Transgendered in the Profession conducted a survey of the APSA membership and discovered that while 41 percent of respondents deemed scholarship on LGBT topics to be ‘very appropriate’, there remains resistance. As one political scientist in the survey put it: “The biggest problem is [they’re] not doing real political science, [they’re] just focusing in on themselves. The LGBT faculty whom I respect professionally the most are the ones who do real political science. We don’t do heterosexual political science so why do … LGBT political science?” The irony of this sentiment was captured by Paisley Currah, who remarked two years later at a symposium on “The State of LGBT / Sexuality Studies in Political Science,” that “perhaps the absence of research on LGBT topics, however, signals the largely unquestioned presence of heteronomativity” in the discipline.

The lack of a similar survey of the membership of the European Consortium for Political Research alongside the absence of a standing group dedicated to the study of politics and sexuality suggests that in both the American and European contexts, we have been doing “heterosexual political science” all along. Yet, exactly how does a heterosexual bias manifest and or operate in the field of political science? How might norms of heterosexuality shape disciplinary choices of archives, methods to use, and the kinds of objects we study? Efforts to center sexuality have been underway in more empirically oriented research, such as investigations of the role sexual identity plays as a driver of political participation and discussions of new approaches to identifying non-straight individuals in large-scale surveys or register data. In political theory, there has been conceptual work around the concepts of queerness and heteronormativity, and efforts to analyze the importance of sexuality for the political. However, it remains largely unclear what exactly it would mean to queer political science? Is it enough to also do research on queer matters, or would it entail ‘queering’ the canon and methods of the discipline? And what exactly could that entail? What alternative methodologies, horizons, and sites of politics become possible when we center categories of gender and sexuality in our research?

In an effort to cultivate the rich intellectual pluralism that much of the discipline already embraces and promotes, the panel brings together a range of political scientists working on issues of gender and sexuality to explore what foregrounding sexuality studies and queer theory contributes to the study of politics. For the following papers, sexuality serves not only as a direct object of study but also as a method to study political sites historically understood to be heterosexual. In this way, tracing queer sexuality functions alternately as both an object of curiosity and a horizon of intelligibility, a thing to be studied and a method of conducting research. Together, then, this panel contributes to pluralizing our contemporary practices of political analysis by highlighting queer methods of political interpretation and theorizing.

Queering False Universalities. Why Research Should Re-Start From the Perspective of Minorities

Queer thought identifies structures of heteronormativity that constitute straight and cis privilege. From a queer perspective, to assure equal rights is not enough, as regimes and normativities cannot be neutral or universalistic but always support particular cultures and identities. Thus, even when formally neutral legal rights are assured, straight and cis privilege prevails when such legal change is not accompanied by cultural politics against heteronormativity. Queer politics, therefore, aims at fostering particularistic counter cultures. Only those can lead to the flourishing of non-heteronormative life; without them, the force of heteronormativity overrules queer life, as the critique of “homonormativity” points out. To content, then, that legal neutrality is universally good for everyone is thus a false universality. The paper suggests that political theory as a whole can learn from this queer hermeneutics against false universalities. False universalities that blend out privilege are a key fallacy in the contemporary critique against “identity politics”. For example, it is a false universality to answer Black Lives Matter by arguing that all lives should matter. As the appeal to false universalities is rather obvious in conservative and liberal critiques of identity politics, I will discuss it regarding a more subtle case: Nancy Fraser’s work on recognition and redistribution. I show that by interpreting queerness and deconstruction as aiming at the dissimilation of identity, Fraser’s critique, unintentionally, leads to the universalization of a cis-straight and white perspective. Queering universalities as a general method for contemporary political theory, then, entails identifying and critiquing false universalizations and to re-start research from the particular perspectives of minorities.

This paper considers the possibilities of centering the material body as a site of and resource for the history and theory of democracy. It argues that by foregrounding the body as an object of intellectual history, we can methodologically queer interpretative practices of political theory. The paper begins by revisiting Quentin Skinner’s foundational arguments for intellectual history by outlining how intellectual historians took inspiration from the linguistic turn of the mid-20th century in order to respond to dominant Marxian accounts of interpretation. Intellectual historians such as Skinner argued that language is not an ideological effect of the material relations of production but in fact an independent form of social action. They argued that the discursive circulation of ideas has world-constituting effects, and in so doing, established the contextual study of language as central to intellectual history. Having outlined the role of discourse as an object and method of study, the paper shows how this view of language finds affinity with dominant political historiographies of the democratic transformations of the 18th century. Turning to the work of Claude Lefort and Jürgen Habermas, I argue that despite deep disagreements between the traditions of radical and deliberative democracy both authors view democracy’s historical emergence as the result of the destruction of the king’s two bodies and the liberation of symbolic discourse. I suggest that this historiography of democracy has unwittingly organized general methodological approaches in democratic theory and intellectual history around questions of discourse. To provide an alternative method of political theorizing, the paper presents an alternate historiography of democracy by turning to Michel Foucault’s History of Sexuality, Vol. I (HS). While the conception of power developed in HS has been widely influential among political theorists, Foucault’s insights are rarely read in the context of his wider discussion on the emergence of sexuality as a category of politics. Accordingly, I contend that HS is rarely read by political theorists as a text of queer political theory. By attending to Foucault’s historical account of sexuality, I argue that HS opens new considerations on the role of bodies in the study of politics. To showcase the methodological possibilities this alternative perspective makes possible, the paper ends by providing a queer-feminist rereading of the bourgeois public sphere. Focusing on freemasonry as the largest fraternal organization in the 18th century, I show how new corporeal practices of homosociality premised on women’s exclusion enabled bourgeois men to establish new democratic relations of equality. By attending to the political significance of the material body for analyzing the bourgeois public sphere, the paper thus provides one instance of how a queer-feminist practice of intellectual history can open new possibilities for research beyond a narrow focus on discourse.

Queering the French Sexual Revolution: Reflecting on the Use of Categories of Identity in the History of Sexual Politics

Building on my research on the history of radical sexual politics in France between 1945 and 1970, this paper aims to demonstrate that the history of sexuality requires a queer approach. Nowadays, the term queer has two meanings depending on whether it characterizes an identity or an approach. While these two meanings are related, they are very much in tension. As Jeffrey Weeks explains, ‘some self-defined queer historians see their practice as a break with lesbian and gay history; others see strong lines of continuity’ (2012). Indeed, doing queer history can mean going against approaches that take sexual and gender identities and labels as obvious categories, ready to be applied to any study of the history of sexual politics. The question of the use of categories of gender and sexuality identities has been at the heart of methodological and theoretical debates around the emergence of gender politics history in the late 1980s and of queer history in the 2010s (Scott, 1986; Scott, 1992; Downs, 1993; Weeks, 2012; Krylova, 2016).

My call to queer the sexual revolution maps on the two meanings of the word queer. First, it means bringing out queer voices and recovering the importance of those intellectuals and activists who did not conform to the heterosexual norm. This is important because the sexual politics formulated before the 1970s in France tend to be described as ‘male and heterosexual’ (Coffin, 2020). Uncovering queer voices, therefore, reshapes the usual narrative about the pre-feminist and pre-LGBT sexual revolution. I am not just aiming at recovering marginalized voices, but also at writing the political history of the sexual revolution in a way that does not attach strict categories of gender and sexual identities to the actors I am studying. Indeed, pre-1970s French sexual politics did not rely on notions of identity, and historians of sexual politics, therefore, need to think beyond the paradigm of identity to understand their peculiarity. I argue that the absence of the rhetoric of identity in pre-1970s sexual politics is what led scholars to consider that these early sexual politics were dominated by heterosexual men. However, if we look closely at the intimate experiences of the activists and intellectuals who defended the sexual revolution between 1945 and 1970, we see that many of them had experiences that deviated from the gender expectations and sexual norms of the time. Moreover, if we look at their claims and their writings, they denote a complex relationship with feminism and gay activism, which shows they considered the issues faced by gay and lesbian people and women. French discussions on the sexual revolution before the 1970s offer a case study to critically reflect on how historians of sexual politics use categories of identity. It is this process of questioning the use of categories of identity that prevail in contemporary political analyses of sexual minorities that I call queering the sexual revolution.