Radical Democracy and the Representation of Gender Rights Workshop at Center for Interdisciplinary Research (ZiF), Bielefeld 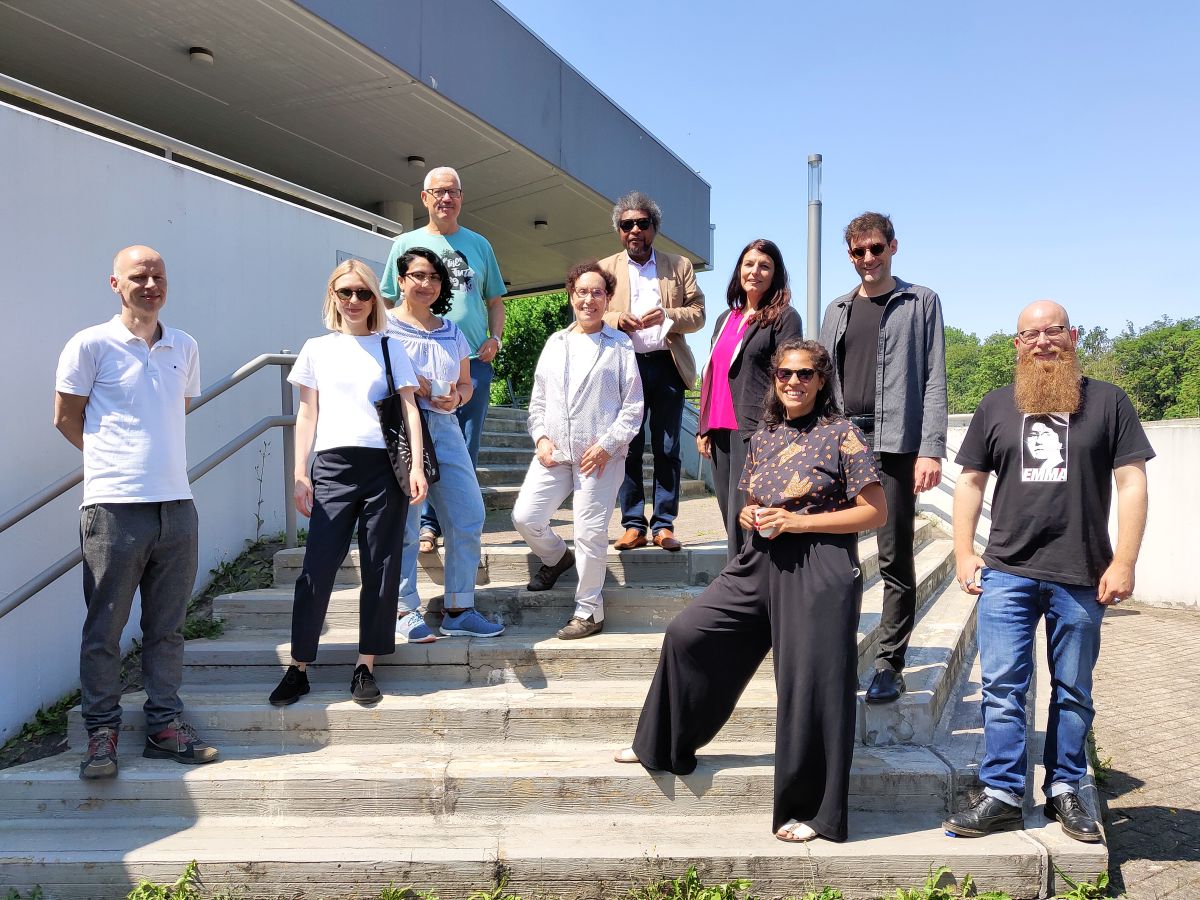 Livia de Souza Lima and I secured funding for organizing an expert workshop on radical democracy, representation, and gender rights at the Center for Interdisciplinary Research in Bielefeld on July 22th and 23th. We had extremely stimulating discussions thanks to the excellent contributions of our participants. We discussed papers by Lisa Disch, Lasse Thomassen, Mayra Goulart da Silva, Mathijs van de Sande, and myself. Here you find the program and impressions of the workshop, which took place in the scope of the research group on global contestations of women’s and gender rights. 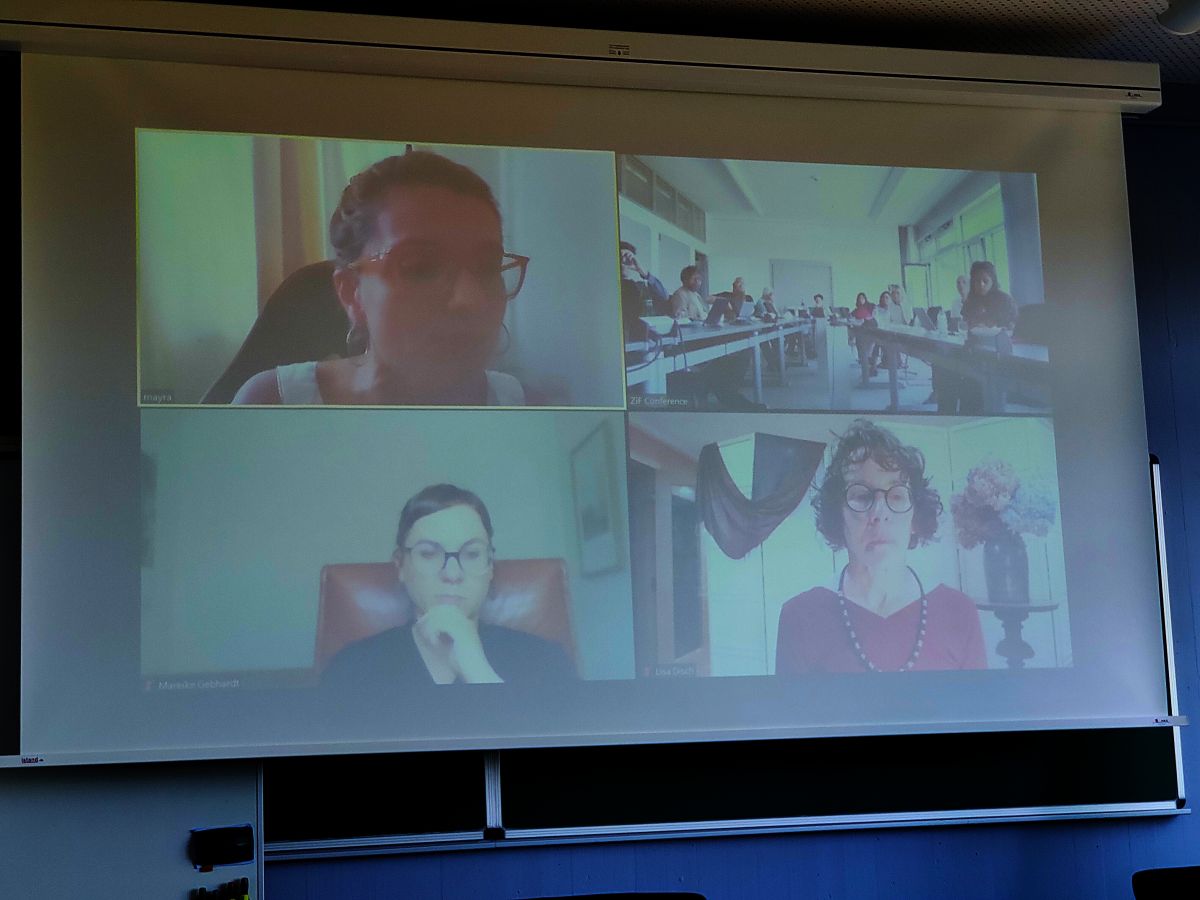 Impressions from the workshop


The event complied with ZiF Corona rules. All participants were vaccinated. Masks were worn inside when not seated. The room was used with limited capacity and an air exchange system.

In recent years, women’s and gender rights have increasingly been called into question and attacked. This is especially evident in the renewed debates about abortion rights, marriage for all, early sexual education or in the hostility towards feminists and gender studies. The research group’s fundamental assumption is that human rights and equality principles have never been universal, never inclusive. Radical Democratic Theory understands ‘the political’ as fundamentally contested and based on contingent foundations, and existing institutional orders as necessarily particularistic. Because an existing institutional order is the coagulated hegemony of one particularistic interpretation of the universal, it works through an operation in between inclusion/exclusion, and visibility/invisibility, which often lead to misconcepted or incomplete interpretations of social and political realities. Radical democracy focuses on processes of contestation of the existing order and its exclusions and interprets these oppositional processes as fundamental to deepen and maintain democracy, in other words, it primary concerns the further democratization of democracy itself. Taking this approach to the field of political representation, in its institutional or extra-institutional forms, has been one of the practical applications of radical democratic theories, particularly adopted by the more recent constructivist turn on political representation. Typically thought to be in the realm of already instituted and excluding politics, representation majorly refers to party politics and institutionalized lobby politics, but not to the democratization of democracy. The constructive turn, however, allows for an enlargement of the understanding of representation, suggesting that political representation does not only regard to the transformation of preexisting interests and to responding to them, but is also forming such interests, while also participating in the very constitution of collective political identities.

As the group’s primary concern, the contestation of gender equality is a best described as antagonistic politics following radical democratic theory, and as representation of women’s and minorities are key for democratic politics, we suggest this workshop to develop a radical democratic approach to representation of gender rights. This allows to understand gender contestation both empirically and normatively, considering not only the discursive constructions of those who contest gender, but also how political responses by feminist and queer movements are constructed through representation in identity politics and work towards the democratization of democracy.

The workshop brings together excellent global scholars who work on these borders between radical democracy, representation theory, and feminism, to discuss these questions within analytic and normative concerns:

What is the role of discursive articulations in the construction of identity politics formed around the scope of gender contestations as well as the counter-responses to them? How does oppositional identity political representations of gender rights transfer into institutionalized democratic representation? How can the observation of struggles organized around gender teach us about the current state, stability or instability of democratic representation? How should radical democracy consider feminist contestations of representation and intersectional critiques? And how can we normatively assess such contestations? Is it possible to drawn boundaries of the constitution of political identities while avoiding universalist normative claims?

One day workshop in hybrid format with five invited experts, both through zoom and in the conference hall at the Center for Interdisciplinary Research in Bielefeld. We will discuss one text of each invited expert, that is proposed by the expert, for one hour. All participants should read the four texts of about 20 pages each in advance. Experts may say a few words to explain the context of the text, but do not present a paper. A commentator from the research group will open the discussion by a comment of max 10 min.

Read other posts
← New Publication: The Dismantler - A Short Story on the Institutionalization of Progressive Politics, in The Cabinet of Imaginary Laws Interview about democracy during the Corona crisis and wealth redistribution →