‘Political Correctness’ as Slave Morality? Towards a Political Theory of Privilege Critique 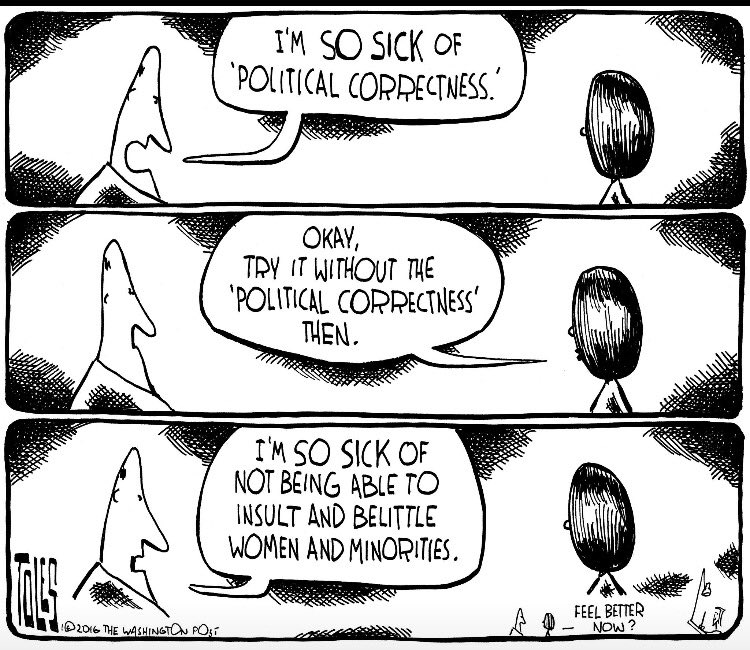 In my article in the current issue of Leviathan (1/2020) I go beyond the usual left-wing and liberal defences of ‘political correctness’. I argue for emancipative politics as a radical criticism of privilege, which expects the privileged to protest against it as it deprives them of privileges. Emancipative politics is therefore not a mere administrative act in the course of the realisation of universal freedom from which everyone profits equally. Although it is part of the universal emancipation project of the Enlightenment, it can only be implemented from a particular perspective of the marginalized and necessarily worsens the situation of the privileged. This concept helps to avoid being surprised by right-wing aggression and to counter it vigorously by setting strict political norms.

New concepts for the analysis of (right-wing) ‘political-correctness’-criticism

Significance for the debate on left-wing and queer activism

The criticism of ‘political correctness’ and ‘speaking bans’ is not only the business of conservatives and right-wingers. Also in parts of the left and lately especially in the queer/gay scene, activist politics are criticized for allegedly limiting freedom of speech. This critique is the main theme of the Kreischreihe series published by Querverlag Berlin, with the volumes Beißreflexe, Freiheit ist keine Metapher und recently: Irrwege). On the one hand, this is understandable, because in activist circles emancipative normsetting deviate strongly from the social mainstream and therefore politically problematic statements and actions are criticized correspondingly faster and more vigorously. On the other hand, the child is often thrown out with the bathwater in these contributions, in that intersectional approaches are rejected per se on the grounds of allegedly being relativistic and at the same time authoritarian. The concept of ‘the political’ as privilege criticism that I am developing is thus also a philosophical response to these left-wing and queer criticisms of ‘speaking bans’. For I show that there is a misunderstanding of the ‘political’ in this debate: We live in a world governed by rules and politics is the negotiation of such rules. The fact that this can lead to restrictions, especially when marginalized groups assert themselves and change rules, is nothing special - and not a specific problem of freedom of speech. All the problems of practice, that often it is not clear what the right policy is and who is actually marginalized and how, are not solved by this conception of the political. But the debate is taken away from the ever-repeated point of ‘speaking bans’ and limitations of free speech, which allows to discuss more productively, namely oriented towards the respective substantive issues.

Right-wing intellectuals often invoke Nietzsche’s concept of slave morality to underpin their criticism of ‘political correctness’ (‘PC’). This interconnection of Nietzsche’s slave morality and ‘PC’ criticism is correct, as a systematic analysis of their common elements shows, which leads to a new description of ‘PC’ criticism as a defense of privilege. In contrast to the right-wing Nietzschean ‘PC’ critique, the left-wing Nietzschean concept of a privilege-critical ‘political judgement' understands politics as a struggle for power, in which the space of the political and related discourses are always already regulated and determine the conditions under which resources and privileges are distributed. Therefore, it is appropriate for an emancipatory position to critically question the established norms and to support political projects that aim to rewrite them. Because ‘PC’, as emancipative political judgement, dismantles privileges, its restricting of the privileged is not a side effect to be avoided but one of its reasonable core effects. Left-wing Nietzscheanism helps to avoid being surprised by right-wing aggression and to counter it vigorously by setting strict political norms.