New Publication: ‘Queer and Gay Theory’ in the Foucault Handbook

While there is a strong tradition of queerfeminist theory in Germany, the gay side of queer theory is largely unknown. I introduce it in my survey article, and present the most important foundational texts as well as the latest debates. In doing so, I show the political importance of gay and queer theory that goes far beyond gay concerns. This political importance also lies in providing resources for the analysis and critique of the new anti-genderism that is currently trying to dismantle women’s, gender, and queer rights around the world, and is succeeding far too often.

The article describes the reception of Michel Foucault’s in queer and gay male theory and appears in the new, expanded edition of the Foucault Handbook. Because Foucault is the most important thinker for queer and gay male theory, the article also serves as an overview of the whole field. I am pleased to have the honor of contributing the text to the handbook, which - edited by Ulrich Johannes Schneider, Clemens Kammler and Ralf Parr - has already made a name for itself in the first edition as the central German-language reference work on Foucault. The new text about the gay reception is also important because it fills a gap of the first edition and shows to the German academic Foucault reception that Foucault should be understood and taken seriously as a gay author - and that his being gay should not be ignored as something purely incidental. Together with Stefanie Soine’s and Sabine Mehlmann’s article on reception in Gender Studies and Feminism, which has been updated for the new edition, the handbook now provides information on the entire spectrum of queer connections to Foucault. 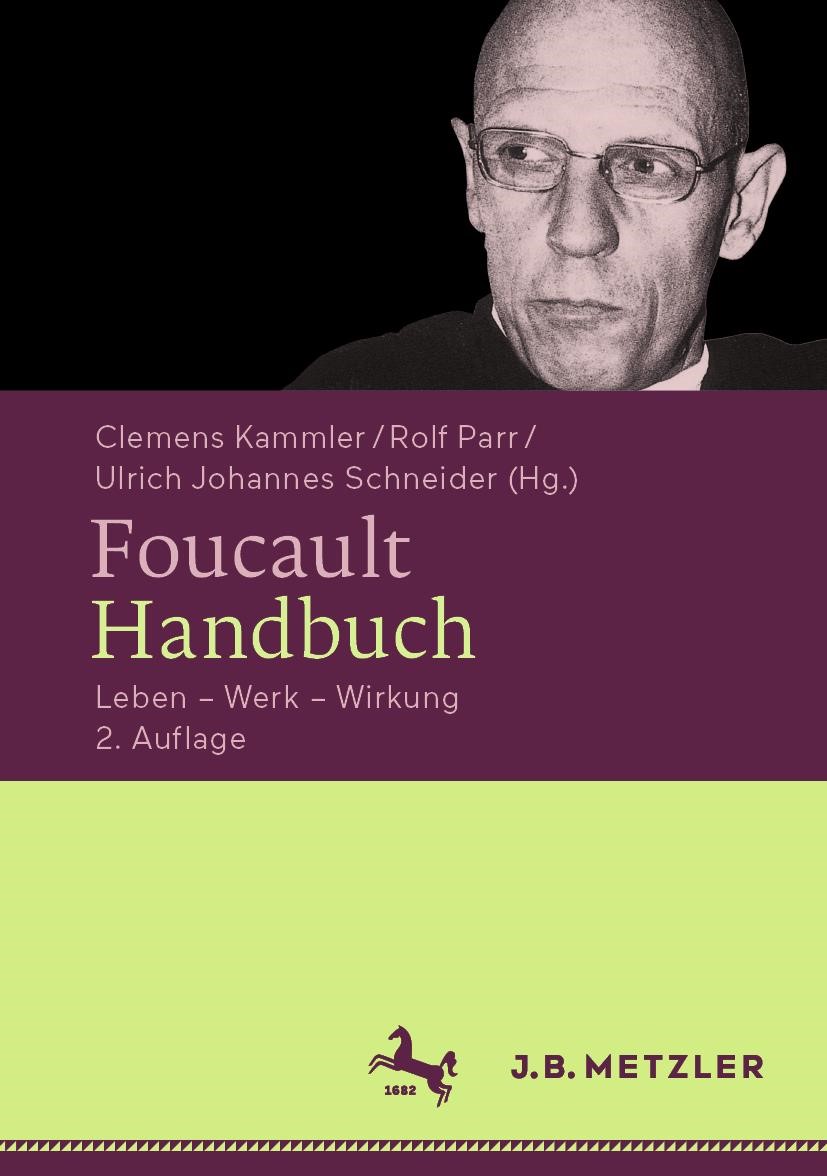 The task of queer theory - the criticism of hetero- and homonormativity - is more important than ever: the current regression through conservative restoration, which in many countries already leads to the reversal of rights that have been achived, is a real danger to the lives of queer people. The social basis for this homophobia has not been successfully fought by the assimilative strategies of demanding equal rights of the past years, which is no surprise for queer critique, thanks to its view of power beyond the law that it learned from Foucault. Beneath the surface of a legal progress for privileged gays and lesbians, a “war on sex” has prevailed not only since Trump and AfD, which fights all non-normative forms of sexuality, especially commercial, HIV-positive and non-monogamous sex, as is analyzed in detail in the anthology of the same name (Halperin/Hoppe 2017). Whether conservative anti-genderism can be defied in the future will be determined not least by whether queer thinking can be promoted in the academy.

Read other posts
← Talk (25.11, 16h, Online-Panel) at the University of Warwick: Social Research in Pandemic Times New CfP of the journal diskurs: Privileges - How useful is the contested concept? →