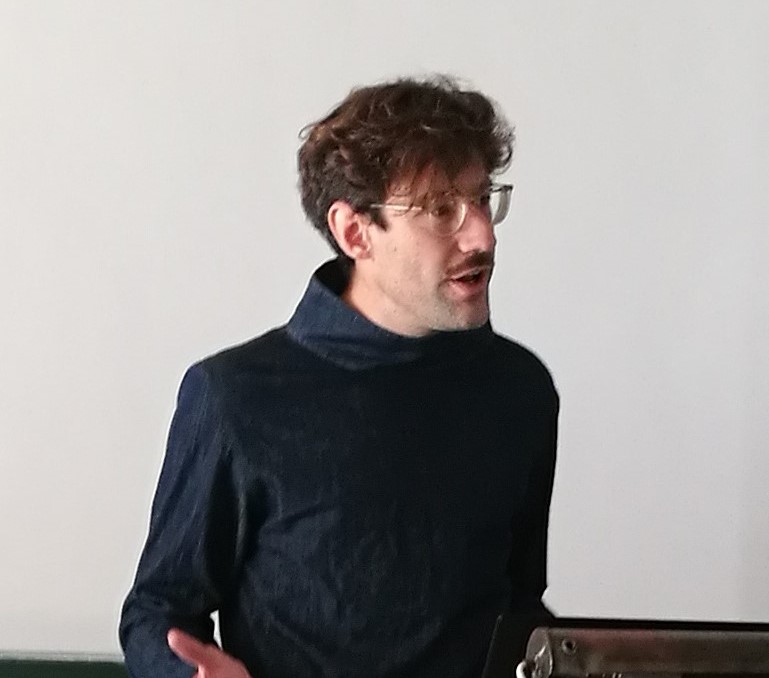 This I am teaching my MA seminar as a research seminar on Foucault as Contemporary Political Thinker. My BA seminar deals with Queer and Gay Male Theory - I’ll hold it in English.

Under Teaching you can find information about past seminars.

Even 30 years after his death, Foucault is one of the most quoted political thinkers of the present. His thinking has influenced the themes and methods of all disciplines dealing with politics. Many of Foucault’s problematizations are based on current theoretical debates and political struggles. From the analysis of contemporary capitalism, the development of gender-sensitive educational plans, the debate on bioethics, to the analysis of right-wing populist “post-truth” discourses - Foucault’s thinking plays a central role. But precisely because Foucault’s figures of thought are so widespread and have equally entered the repertoire of political thought without direct reference to his works, his influences in these various areas are often not explicit. Foucault’s work lies not only in the background of current political debates, but can still inform and correct them today. However, this can only be achieved by explaining its meaning. The seminar has the double aim of uncovering Foucault’s influences on current political problematizations and developing corrections to them by returning to Foucault.

The seminar is designed as a research seminar and aims to enable students in groups to develop theses on the connection between Foucault and current political problematizations through independent research. To create the basis for this, the first, long part of the seminar is dedicated to the reading of central texts by Foucault. In a second, shorter part, we then discuss student research projects on individual as-aspects of Foucault’s political topicality that they have developed in the meantime. The research projects presented in the session are the result of research teamwork during the semester and, like a research proposal, are intended to create a framework for individual projects that have already been concretized in the proposal and that students will realize in their term papers during the lecture-free period.

The following problem areas are available as topics for the groups:

This class is an introduction into queer and gay male theory. We will read classic and canonic texts as well as more recent and innovative works, mostly by U.S. American scholars. The class aims at making students familiar with the central discussions, concepts and problems of queer and gay male theory and enabling them to engage in contemporary debates in the field. While coming from a political and epistemological perspective located in queer studies (roughly understood difference to classical gay and lesbian studies), it puts particular emphasis on gay male subjectivity, sexuality and politics.

The first block, Normalization, covers the foundations of queer thinking: the analysis and cri-tique of normalization of sex and sexuality. The central strategy to deal with this normalization is covered in the second block, Queer Liberation: The critique and queering of categories and the imagining of utopian futures. Contrary to such optimism, other voices covered in the third block pointed out the Negativity of Sex and that to be queer is and should be being anti-social. With the progress of legal and social recognition, the bourgeois lifestyles mainstream gays and lesbians became a central issue of queer critique as well as how counter culture can resist. These debates are covered in the fourth block, Critiques of Homonormativity and Drag as Counterculture. Central to contemporary queer critique is to take the diversity and potential Intersections of social positions into account, and block five covers two major themes of these discussions: trans* and race. The last, sixth block interrogates Sex Today, especially how apps and drugs change male gay urban sex life and how a new and repressive “war on sex” threat-ens the liberal sex culture which is central to queer lives.

NOTE: This class deals with contested issues of sexual politics and questions mainstream gender and sex norms. We will talk about content which is potentially triggering for some, such as sexism, rape culture, racism, homophobia, deviant sex practices, substance use, etc. Please email me before the class starts in case you have any concerns about being triggered or feeling uncomfortable when discussing such issues.