New Publication: Institutionalization of Freedom in Law. Foucault and the Post-Marxist Critique of Law 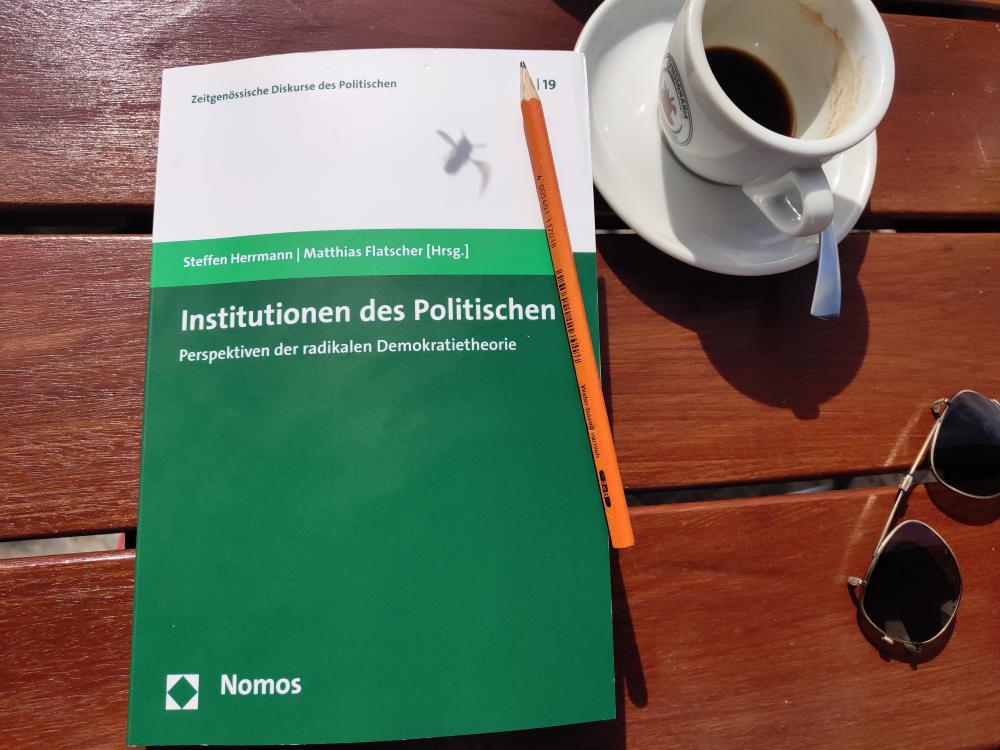 In the new volume “Institutions of the Political” my article “Institutionalization of Freedom in the Law. Foucault and the Post-Marxist Critique of Law” has been published. The anthology, edited by Steffen Herrmann and Matthias Flatscher, brings together central and extremely readable contributions to the German-language debate on the theories of the political and the question of political institutions, which has become increasingly urgent in this debate.

My contribution deals with the question of how political change can be institutionally stabilized and examines the relationship between law and politics. I criticize Christoph Menke’s critique of the law for unilaterally dissolving this relationship on the side of politics. With Foucault, it can be described in a more complex way, in particular the ambivalence of subjectivation in political liberalism can be understood more precisely. With Foucault and against Menke I show that subjective rights are ambivalent and should therefore not be criticized for their form alone: Subjectivation through subjective rights leads to the essentialization of the liberal-bourgeois order. Nevertheless, they are indispensable to prevent the political critique of subjectivation from leading to paternalism. For subjectivation through liberal law also leads to the formation of critical reflexivity. And this critique, institutionally produced by law, is the basis for political change. 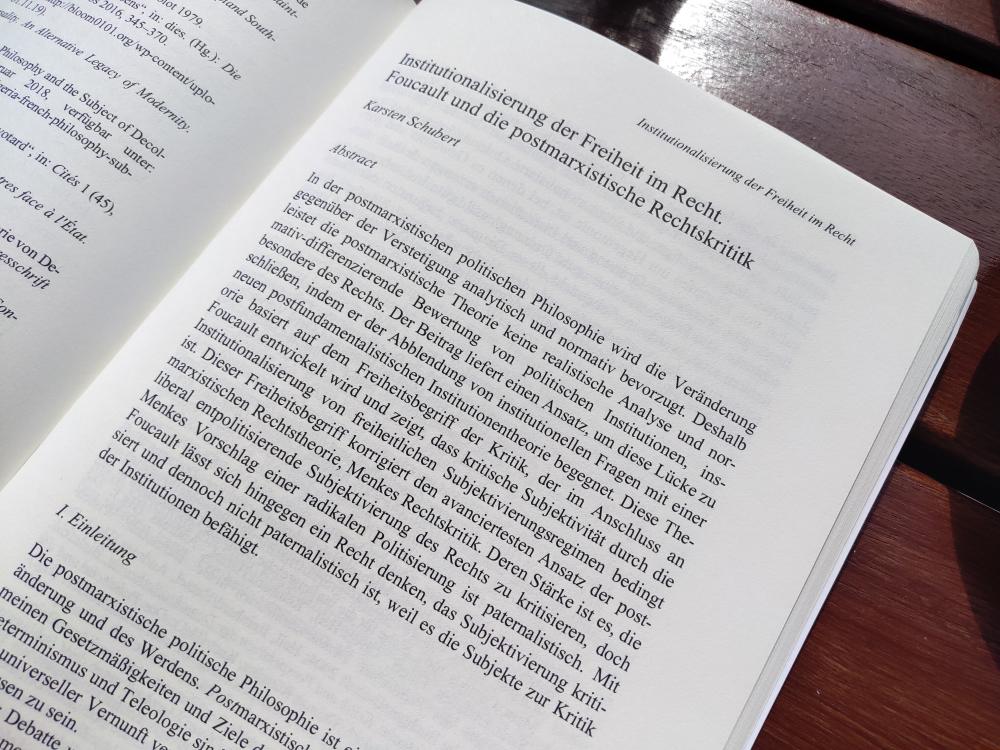 In post-Marxist political philosophy, change is analytically and normatively preferred to perpetuation. For this reason, post-Marxist theory does not provide a realistic analysis and normative-differentiating evaluation of political institutions, especially the law. This paper provides an approach to fill this gap by countering the dimming of institutional questions with a new post-fundamentalist theory of institutions. This theory is based on the concept of freedom of critique developed in the wake of Foucault and shows that critical subjectivity is conditioned by the institutionalization of free subjectivation regimes. This concept of freedom corrects the most advanced approach of post-Marxist legal theory, Menke’s legal critique. Its strength is to criticize the liberally depoliticizing subjectivation of law, but Menke’s proposal of a radical politicization is paternalistic. With Foucault, on the other hand, one can think of a law that criticizes subjectivation and yet is not paternalistic because it enables subjects to criticize institutions.

Final Manuscript Academia.edu
*Please contact me if you cannot access the published version because of the paywall.

Read other posts
← New CfP of the journal diskurs: Privileges - How useful is the contested concept? Expert (for Biopolitics) at the Market for Useful Knowledge & Non-Knowledge @ Kampnagel Hamburg - Coronaean Times, about states, strategies and bodies in crisis →